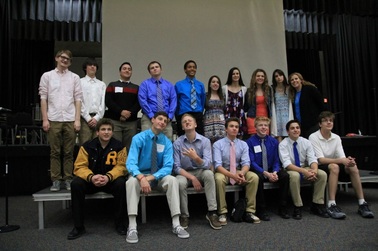 We welcomed speakers this year from all areas of the communications field from visual effects to PR to newspaper and many more. Check out the speaker's bio's below.

Ariel Altman is a Visual Effect Artist working in New York City. His 10 year career has included work on commercials, music videos, films, and television. In his current role as Compositing Supervisor at FuseFX, he oversees visual effects artists for NBC’s The Blacklist. He graduated from Rensselaer Polytechnic Institute with a degree in Electronic Media, after which he quickly moved to NYC to pursue a career in the industry. His related interests include photography, stop-motion animation, media theory, and programming.

Bob DeFillippo is an adjunct professor at New York University’s School of Professional Studies, where he teaches graduate courses in Strategic Communications, Crisis Communications and Critical Business Skills for Communicators.  He is also a member of the Roxbury Township Council.
He recently retired after 21 years as Chief Communications Officer for Prudential Financial, Inc., where he led the Global Communications Department and oversaw Prudential’s public relations and internal communications around the world.
Before joining Prudential in January 1994, DeFillippo served as Director of Public Affairs for the American Association of Retired Persons (AARP). Prior to that, he was press secretary to Congressman Hamilton Fish, Jr., following a 10-year career as an award-winning reporter and editor.
He serves on the boards of the National Press Foundation in Washington, D.C., the Arthur W. Page Society, where is also treasurer, and the PRSA Foundation.  In addition, he is a member of the National Press Club.

Christine Floether is a professor of psychology at Centenary College. She holds a PhD in the area of Educational Psychology with a concentration in Lifespan Development. She is a graduate of Centenary College, Fairleigh Dickinson University, and Capella University. After graduating from FDU, Dr. Floether spent ten years counseling adolescent girls at a residential treatment center. Since 1999, she has been a full-time professor at Centenary College where she has taught courses on the Psychology of Reality Television to First Year Students, as well as developed a course on Psychology and the Media. In 2005, she was featured in print and on local entertainment shows regarding the course "Psychology of Reality Television".

In addition, many of Dr Floether's students have conducted independent research focused on issues and concerns of social media. They include: Facebook check-ins and personality characteristics; music and intelligence; Facebook postings and gender.

Peter Flynn is a teacher at Roxbury High School in Succasunna, NJ. He currently teaches senior English, creative   writing, and journalism, and he is the adviser for the award-winning student newspaper The Roxbury Review.     He created and teaches a screenwriting elective at the high school. Prior to teaching, he served for six years in     the US Navy, and completed wartime tours to Iraq and Afghanistan. He is married to Nikki Flynn and “father” of Susie “Catnip Everdeen” Flynn, a 2 year old tabby cat. 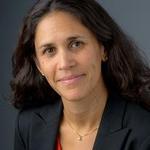 Tara George joined the School of Communication & Media at Montclair University as an Associate Professor of Journalism – Local Media. George has also worked as a journalist in London and New York, spending a number of years as a staff writer for the New York Daily News covering local, metro and national stories. Her freelance work has appeared in The New York Times, Poynter.org and New Jersey Monthly. She is a contributing author of the book, Brooklyn: A State of Mind (Workman, 2001).

Born and raised in Roxbury, Michael takes great pride in working for his hometown paper and loves that he gets to learn more about the people and places of Morris County every day.

He's been associated with the Daily Record in some way for more than half of his life. His first paid writing job came when he was 12 years old, as a movie critic for the teen section of the newspaper. After graduating from Syracuse University in 2012, following a brief stint as an entertainment writer in New York City, he has been back writing for the Daily Record ever since. 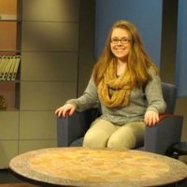 Samantha King founded the Roxbury Media Conference in 2014, after an inspiring trip to the JEA Boston Journalism Conference with her adviser Deborah Burleigh. Samantha is currently working on her BA in Communication and Media Arts at Montclair State University. At the University, she pursues her love for media as the Assistant Entertainment Editor on the Montclarion and Assistant Event Coordinator for the Video Production Club. 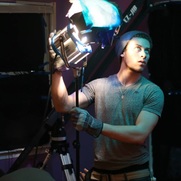 Nicholas Kral is a filmmaker and graduating senior at Montclair State University. His specialties include directing, editing, and gaffing along with experience in a variety of post-production applications including but not limited to Davinci Resolve, After Effects, Pro Tools, Premiere, Final Cut, and Avid Media Composer. Nicholas has worked on a variety of student, independent, and professional sets, most notably and recently though, on esteemed dancer and choreographer Heidi Latsky's film, Soliloquy. Nicholas also was the editor of Roxbury High School's most recent production of the Every 15 Minutes program.

Maggie Lee graduated from Mount Olive High School in 2011 and finished her bachelor's degree in Corporate Communications at Baruch College in 2014. After attending The College of New Jersey for one year, she transferred to Baruch and moved to Brooklyn. A combination of academics, internship experience, and the general hustle that comes along with New York City life provided her with skills and connections to succeed in the wide field of communications.

After internships at Penguin Group, BetterCloud, and Praytell Strategy, she began in her full-time position as Strategist at Praytell Strategy this past December, working on public relations and social media accounts such as Logitech, NVIDIA, MAC AIDS Fund, View Dynamic Glass, Zerve, Gold Eagle and more.

Michael (Mike) Lesser is a veteran health and beauty aids (HBA) executive. Early in his career, he pulled a file labeled NYQUIL out of a pile of failed, new-product launches and convinced the management of the old Vick Chemical Company to re-introduce the brand with new positioning. From that day forward, Mike has been convinced that meritorious products can succeed if given the right second chance.

Lindsay Seguin is a Post Production/VFX Producer working out of Soho in New York City. She graduated from Penn State University in 2007, and finished an internship as a production intern for the Late Night with Conan O’Brien Show before moving to NYC permanently to start her career.
Lindsay started from the ground up, with her first job being a receptionist for a design company on Madison Avenue she worked her way up to become a tape operator, a assistant/junior producer and then a senior producer for various post production facilities around the city. Most of her experience has been in the commercial and broadcast realm - working on campaigns for companies such as Wendy’s, Garnier, Optimum and Time Warner Cable.
In the past year, she has been producing VFX for network and cable television, and is currently managing the VFX for NBC’s “The Blacklist”. 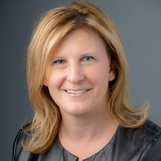 Kelly Whiteside joined the faculty of the School of Communication and Media at Montclair University as an Assistant Professor in Sports Media and Journalism. Whiteside spent 14 years at USA Today as the lead Olympics writer, World Cup soccer writer and national college football writer. She has covered seven Olympics, eight World Cups as well as the NFL, NBA, Major League Baseball, NHL and major college sports. Prior to joining USA Today, she was a reporter at Newsday and a staff writer at Sports Illustrated.

Special Thanks to  everyone who sponsored our 2015 conference